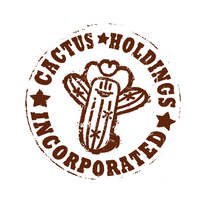 The Salisbury, N.C.-based grocery chain said that, starting on Aug. 7, customers in Virginia who are Healthy Savings cardholders will be able to save instantly at checkout on fresh produce, whole grains, lean meat, yogurt and other foods.

Plans call for Healthy Savings to be implemented chainwide within the next two weeks. Food Lion, part of Ahold Delhaize USA, has more than 1,000 stores overall in 10 states.

Consumers signed up for Healthy Savings can save more than $50 each week on healthier foods without having to clip, print or download coupons.

“Food Lion offers an expanded assortment of healthy products at affordable prices, and we are excited to offer additional savings on our already low prices to customers,” Marty Miller, customer loyalty manager at Food Lion, said in a statement.

Healthy Savings is a service of Solutran Inc., a Minneapolis-based electronic benefits transfer (EBT) and payment processor. Powered by Solutran’s S3 platform, the program is sponsored by health plans, nonprofits, government entities and private employers as a way to promote personal well-being by getting employees to eat more wisely, particularly more fresh fruit and vegetables.

After enrolling at MyHealthySavings.com, customers get a Healthy Savings card and then register it and download the Healthy Savings mobile app. The program begins with 25% off fresh produce and adds similar discounts on lean meat, whole-grain bread, milk, eggs and other healthful food. More than 200 brands provide savings on prequalified products promoted on the program, whose members buy 70% more fresh produce than non-members.

Solutran has said it plans to expand the Healthy Savings retail network to more than 22,000 stores in 2019. Butera Market, Piggly Wiggly Midwest, Hy-Vee and Albertsons Cos.’ Acme Markets are among the grocery retailers that have joined the Healthy Savings program this year. Other participating supermarket operators include Cub Foods, Coborn’s, Pick n’ Save, Cash Wise Foods, Copps, Giant Food, Western Beef and Kroger. 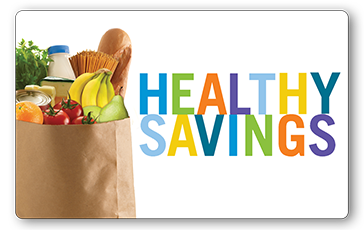 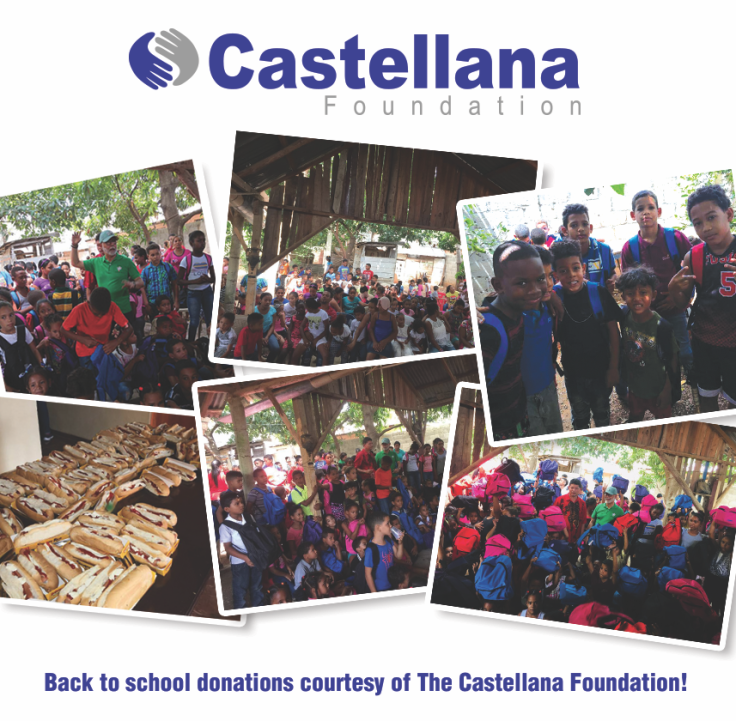 For more information on this initiative, please reach out to info@cactusholdings.com.

Through this partnership, Gersh offers their students a vocational opportunity near their campus in West Hempstead, NY. This program helps students build real life work experience. 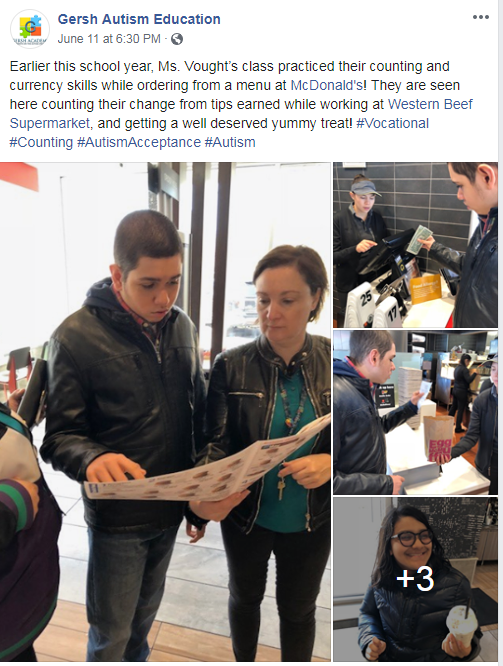 For more information on this program, please read the following Q&A provided from our partners at Gersh Academy:

“Q: How long has Gersh Academy worked with Western Beef In West Hempstead?
A: Gersh Academy has been working with Western Beef in West Hempstead for approximately the last three years.
Q: How do our students like working there?
A: Our students love working there, they are always excited for this vocational opportunity, and since it’s so close to our school, there is a real sense of community when they work there.
Q: How did Gersh come about working with Western Beef and creating that relationship?
A: Gersh is always looking for opportunities where our students can get real life work experience.  With real life work experience, we try to seek out what an actual work day will look like, including how to get to work.  Travel Training with our students includes walking to different work sites, as well as utilizing public transportation.  This made Western Beef an easy choice.  When initializing the relationship, Sonny, (I believe the store manager at the time) helped to facilitate the relationship, as is always accommodating whenever we are working there.
Q: Can you share with us a positive experience you’ve had with Western Beef and your students?
A: It’s hard to mention just one, as over the course of our relationship, there have been so many students that have greatly benefited from this vocational opportunity.  One time does stand out though, when I was visiting our students working at Western Beef, I noticed how all the students couldn’t wait for their opportunity to help customers bag their items.  Typically we break up students into doing multiple different tasks, and then rotating them, so that they can experience different job roles, but it seemed as though all the students couldn’t wait to interact with customers.  That was special to me, that our students were so comfortable at the work site that they wanted to interact with people.
In closing, I just wanted to reiterate how great of an opportunity working at Western Beef has been for our students.  They learn real life skills that they can transfer to real life jobs down the road.  The staff and management are always so supportive and patient with our students, and together we are truly making a future for these students.  We are Changing Lives!”
Western Beef and The Castellana Foundation are grateful for the invaluable experience of partnering with the faculty and students of Gersh Academy and look forward to being a partner for years to come.
June 24, 2019 0 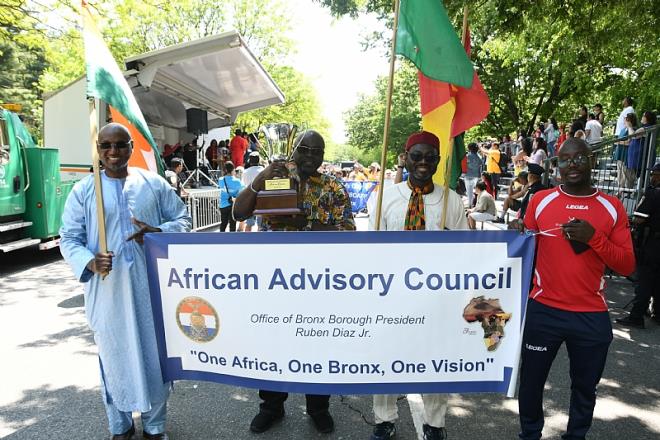 Two-time defending champions Team Gambia, who were looking to win third championship title in a row, were eliminated in the qualifying stages.

Both the soccer tournament and the African Advisory Council were created in 2010, with help from Borough President Ruben Diaz Jr., in order to make African immigrants in the borough become more engaged in local government and to unite our diverse African diaspora.

“The passion for ‘the Beautiful Game’ unites people from around the globe, and it’s no different here in The Bronx, as our African Advisory Council Bronx Week Soccer Tournament has shown year after year,” said Bronx Borough President Ruben Diaz Jr. “This pan-African tournament showcases that love of soccer as a binding force among our ever-growing Bronx African community. I want to thank everyone who participated in this wonderful tournament, including the two-time defending champions Gambia, finalist Team Benin and the newly-crowned champions Team Senegal, for a hard-fought championship campaign.” 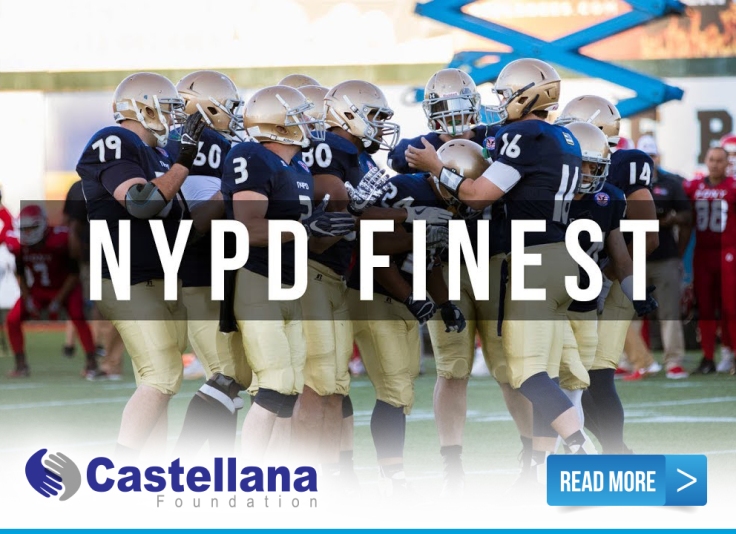 The Castellana Foundation, Western Beef, and their parent company Cactus Holdings Inc.,and Peter Castellana III on behalf of the Castellana family are proud to announce their support NY’s Finest football team. This is the second time that the the Castellana Foundation has supported NY’s Finest in obtaining new gear, pay for travel, fees, and purchasing snacks and beverages. It’s a small gesture towards members of our community who provide an invaluable services for our safety and well being. It is our honor to give back to those who give our communities so much. We thank the NYPD and NY’s Finest for all that they do. 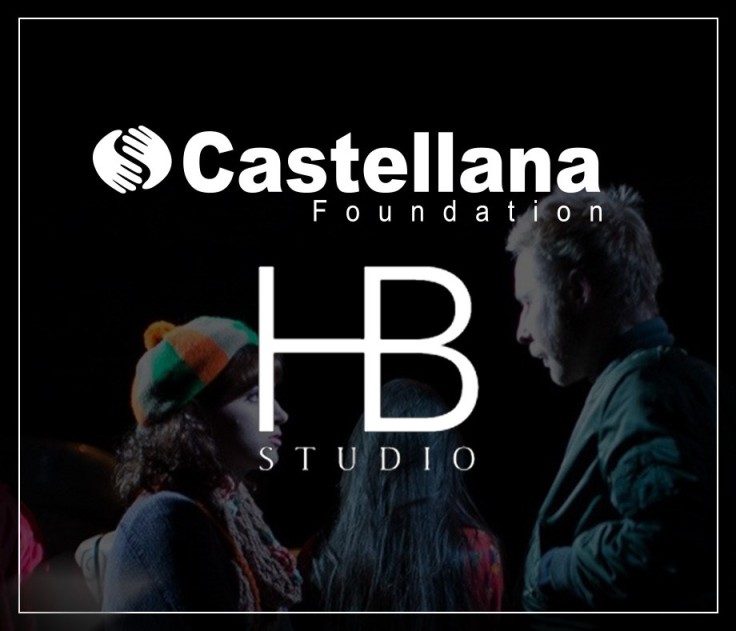 Here is more information on HB Studio, taken from their website:

“Conceived as an artistic and working home, the Herbert Berghof Studio offers an outlet for practice and growth for the professional theatre artist and an opportunity for the young to establish roots in their intended craft. The Studio’s guiding principle is creative freedom, which has as its logical consequence, a responsibility to a noble art.”

Here’s an overview of what The La Salle School is from their website:

“THE DE LA SALLE SCHOOL IS A CATHOLIC SCHOOL IN THE DIOCESE OF ROCKVILLE CENTRE THAT SHARES IN THE LASALLIAN HERITAGE AND EXISTS TO PROVIDE A QUALITY EDUCATION FOR YOUNG MEN FROM ECONOMICALLY DISADVANTAGED CIRCUMSTANCES.

WE NURTURE EACH STUDENT’S GROWTH, SPIRITUALLY, ACADEMICALLY, SOCIALLY AND PHYSICALLY IN COLLABORATION WITH HIS PARENT(S) AND GUARDIAN(S).

WE EMPHASIZE RESPECT, RESPONSIBILITY, LEADERSHIP AND SERVICE, THEREBY PREPARING THE YOUNG MEN TO BE CARING CITIZENS OF THE WORLD.”

Contributions go towards supporting the school’s Graduate Support Program. Please visit their website so you can see how you can get involved and make a difference.

Both companies had multiple projects appear in the top 10 last month. Brookfield had three projects in Greenpoint at 221 West Street (which took first place), 1 Eagle Street and 15 Eagle Street, while Gotham Organization had two projects in Long Island City at 1-15 57th Avenue (which took second place) and 57-28 2nd Street.

The full list of March’s top 10 biggest real estate projects is below:

1. 221 West Street, Brooklyn
The largest project filed last month was a roughly 719,000-square-foot development from Brookfield at 221 West Street in Greenpoint. The development will stand 29 stories and 336 feet tall, and it will feature 302 residential units across about 710,000 square feet. Commercial space will occupy the other 9,000 square feet. Brookfield is also developing Greenpoint Landing with Park Tower Group nearby.

4. 57-28 2nd Street, Queens
Gotham Organization’s plans for Long Island City also took the No. 4 spot. The firm is planning another project at 57-28 2nd Street spanning about 335,000 square feet that will stand 33 stories and 360 feet tall. The building will include 452 residential units across about 328,000 square feet, and it will include a roughly 7,000-square-foot community facility as well. Riseboro Community Development is also helping to develop this project, according to YIMBY.

5. 13-38 Central Avenue, Queens
A roughly 195,000-square-foot project in Far Rockaway rounded out the top five for March. The 219-unit mixed-use development comes from Brisa Builders Corporation, an affordable housing company, and will stand nine stories tall at 13-38 Central Avenue. It will include 219 residential units across about 132,000 square feet, and it will feature 12,000 square feet of commercial space and 51,000 square feet of community space as well. Classroom and gymnasium space, along with retail and storage space, will be on the first floor, while nonprofit offices and some residential units will be on the second floor. The residential space will include class-A and supportive housing units.

7. 15 Eagle Street, Brooklyn
The final Greenpoint project from Brookfield on the list will span about 175,000 square feet at 15 Eagle Street. It will stand seven stories tall and include 108 residential units.

10. 310 East 86th Street, Manhattan
Izaki Group Investments closed out the list for March with a roughly 129,000-square-foot project on the Upper East Side at 310 East 86th Street. The condo building would stand 20 stories tall and include 68 units. IGI acquired 310-314 East 86th Street in 2017 for $42 millionfrom Gary Barnett’s Extell Development and was reportedly planning a smaller condo project at the time. 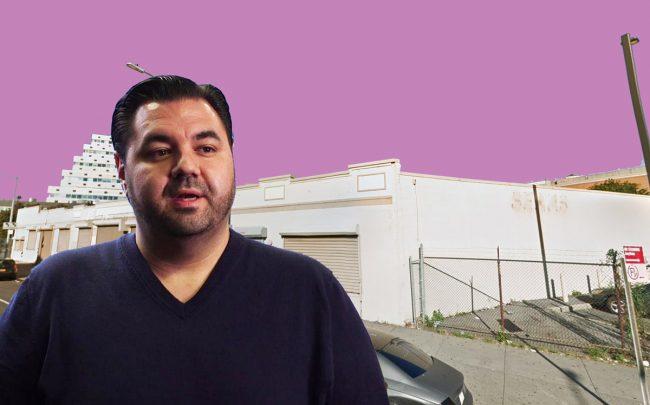 The holding company that controls discount supermarket Western Beef is planning to build a 159-unit mixed-use building in the Bronx.

Peter Castellana’s Cactus Holdings filed plans with the city’s Department of Buildings for a project at 4720 Third Avenue that will span nearly 191,000 square feet. The company and Michael Ashkenazy bought that site, along with 4734 Third Avenue and 448 East 189th Street, in 2018 for $18 million from Mayo Associates. The parcels are currently parking lots.

Cactus and Ashkenazy have partnered on other middle-market investment sales in the last two years, including a $19 millioncommercial condo in the Upper West Side.

Other projects coming to the Bronx include a multifamily buildingfrom Brooklyn investor Shimshon Grunstein at 550 Trinity Avenue and a two-tower project from Omnibuild at 290 East 149th Street with 124 units.